Crystal Meth Addicts, You Can’t See Them On The Street But They Are There.

“To most people, these are just two, innocent young boys who are harmlessly going on about their business. But to me, these were evidently two troubled & broken young men who wore pretentious smiles on their faces”

I absolutely love it when an idea for an article pops into my mind during a run. While I’m still amazed at the exciting idea, the words begin to flow in my imagination. I then begin the process of meticulously structuring the words into sentences and simultaneously store them in my short-term memory. Later, I retrieve and unpack the information to write down all the ideas and converting them into an actual readable article.

This one morning was no different, as I mindfully noticed two young men while on my run. I presume them to be in their early 20’s, both striding with a vigorous bounce on the street pavement. They were engaging in what clearly appeared to be an amusing conversation. To most people, these are just two, innocent young boys who are harmlessly going on about their business. But to me, these were evidently two troubled & broken young men who wore pretentious smiles on their faces. Deep down,  I could sense their silent cries for help from the deadly habit they have been unconsciously cultivating in a self-destructive attempt to self-medicate and heal their internal wounds.

You’re probably reading this and confusingly wondering to yourself, how can I possibly come to such a startling conclusion from a brief observation of two people I have never met in my life.

As a former DRUG user, I possess an inherent ability to intuitively spot an abuser of illicit substances at first glance. There were many unapparent tell-tale signs and labyrinthine details which revealed to me beyond reasonable doubt that these two boys use DRUGS. For starters, their demeanour in terms of their carefree, but careless behaviour, undernourished appearance, euphoric chattering and uncontrollably exuberant energy levels suggested that they were under the influence of a mind stimulating substance. Secondly, as they were pacing towards my direction, I noticed a spark flashing from the right hand of one of the boys, as he kept playfully rotating the spark wheel of a broken gas lighter.

At this point, I’m about to run past the boys when I unsurprisingly overheard one of them asking the other a disturbing question, a question that confirmed my suspicions. “Lesa span’ lesiya siphelephi?” he asked firmly. Most people who have a thorough understanding of Kasi lingo would undoubtedly conclude that the question posed by one boy to the other, was asked in reference to a job or a customary cultural ritual. But what would have not been apparent to them is that the word “Span” is actually a street code for Crystal Meth.

It is at this definitive moment that I abruptly paused my run about two to three steps past them and without hesitation I turned around. While sweating profusely and short of breath I boldly addressed the two young men who were now facing the opposite direction. I softly said “Sho Boys” and they simultaneously turned their heads and both gazed at me with a nervously perplexed look as if they were anticipating physical confrontation. And, because I was also cautious of how they might possibly react to the important message I was about to deliver, I kept a safe distance and emphatically said “Ngiyazi aningazi, mara ngicela niyeke ukubhema I Crystal Meth, izon’khawatha blind leyonto. Ning’bona ngijima kanje, nami bengiy’bhema and yachishe yang’bulala” and to my pleasant surprise, the two young men received my message positively and one of them responded verbally and said “Okay, grootman”, while the other was nodding his head in agreement.

It was an emotional, teary-eyed moment for me to witness such a humbling response from the boys, who in less than a minute went from total strangers to young men desperately in need of help. It truly felt as if they have been all along waiting for someone to intervene and guide them towards a path to recovery and healing. A few seconds after delivering the message of hope, I resumed my run and in about 100 metres, I looked back while slowly running and the boys were still glancing at me in amazement. For the remainder of my run, I pondered deeply and wondered how the conversation between the two of them would unfold post my sudden delivery of an unsolicited, but extremely important message. I wondered if they would take what I said into serious consideration and whether my words would lead to them eventually kicking the habit. Regardless of what happens from here on, I am confident that that brief moment had somewhat of a positive impact and I hope that every time they reflect back on what I said, it will bring them one step closer to recovery.

Gugulethu ‘GK’ Khoza is recovering addict who has turned his life around and will regularly share his experiences to inspire and help young men recover from addiction. More of his stories to follow. 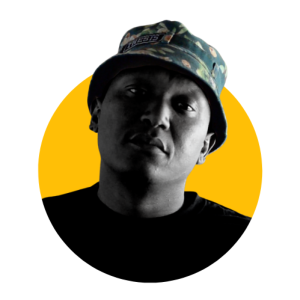 One thought on “Crystal Meth Addicts, You Can’t See Them On The Street But They Are There.”